A brief autobiography of Robert Price 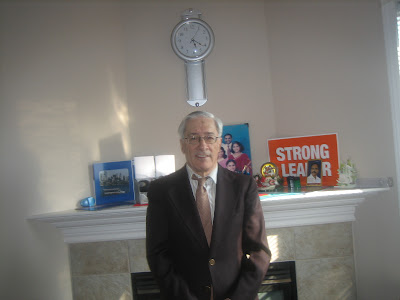 I was born in Bassano, Alberta, in 1940. I attended school in Nordegg and Redwater, graduating in 1959. After that, I attended the University of Alberta and received education and arts degrees. I taught for thirty-five years in Alberta, mainly at the junior and senior high school levels. My subjects of expertise are social studies and English. During my teaching career, I coached or helped in many activities such as basketball, volleyball, and drama. In addition, I was involved with the Alberta Teachers’ Association and the social studies council. I have also been involved in politics with the New Democratic Party since 1970, assisting in many campaigns, serving on several provincial constituency executives, and running for office (1971). My special interests and activities include golfing, tennis, bowling, and record collecting. I also have written many fictional and non-fictional works and have had a few published.
Posted by Anupama at 9:53 PM