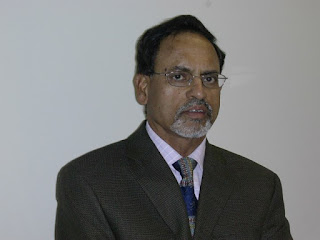 Good evening members and guests. Thank you for joining in our golden jubilee celebrations here in Edmonton. I would like to start by thanking the TCA Executive for the opportunity to speak tonight.
50 years!  That is quite a long time. If I had to tell you what the last 50 years have been like for me… well, I think you would be here for a few days never mind a few hours!  So perhaps I will just narrow this down a bit, and speak to you about what it was like for many of us older folk in what many refer to as the EARLY YEARS in the ACA.
Andhra Cultural Association was formally established on January 13, 1969, and was registered shortly thereafter as ACA. The primary objective of ACA was (and still is) to promote Telugu culture and language. Most of the ACA activities centered on celebrating special festival days as a group.  There were a small but HEARTY group of families here in Edmonton at that time.  But together, they were committed and helped lay the foundation for the Association for years to come.
A significant number of newcomers arrived in Edmonton from 1976 to 1983. With larger numbers, our activities grew from celebrating festivals to include organizing regular picnics and sports events.  We even had annual competitions for Table Tennis, Caroms, Badminton, Chess and even children sports. We also engaged in several soccer matches with other communities within the city. As we continued to grow, so did the variety of activities - we held many Telugu dramas as part of our festival celebrations, and Telugu classes were a regular event for children. Card games like Addu, Literature, and Bridge were often played during weekend gatherings and also had annual competitions.
There was slight down turn in our membership due to many people leaving Alberta in the mid 1980‘s due to the poor economic environment in the province. However, the ACA remained strong and unified.  We reached a significant milestone in 1994 – the 25th Anniversary of the ACA. We celebrated the Anniversary in grand style, inviting external delegate as Key Note speaker, and holding a formal dinner and cultural evening at the Coast Terrace Inn. We also set up a workshop that took place during the day at the Hindu Center (North side Temple).
Issues facing our community were discussed in an open forum as well as in smaller groups with input coming from Members of all ages.
I compare this to the late Vijayanagara Empire, where culture and sports were at their best, and people were generally quite content.
The next 25 years have been much of the same with a significant increase in membership but a slight change in activities with more focus on temple oriented activities and movement away from more social events focusing on sports and arts.  However, in the last few years we have seen a resurrection of the latter with badminton coming back in full force!  Telugu class has also been revived with increased activity and attendance largely due to the efforts of key TCA volunteer members.  All in all, things seem to be moving back into balance.
In closing, my family and I have benefited tremendously from the ACA and now TCA. My mother spent nearly 7 years in Edmonton and participated in all ACA functions.  She would fondly remember how connected our community was and applauded us for being that way so far from HOME.  My children had the fortune to grow up with so many of our ACA children.  They still have and cherish those relationships, considering them to be extended family more than just mere friendships – so much that my daughter flew in all the way from Milwaukee USA to be with us today. My son continues to live in Edmonton with his family, partaking in TCA activities.
It has been an honor to build the relationships and community that we have over the last 50 years.  I never would have thought this would be my life when I left India in 1969, little over 50 years ago. I cannot say I have any regrets given the home I have been able to build and the environment me and family have had the opportunity to thrive in.  My utmost respect to the pioneers of the ACA and as well to us who came afterwards to help create such a warm welcoming and lasting community here in Edmonton Alberta.
Thank you all for listening and enjoy rest of the evening.