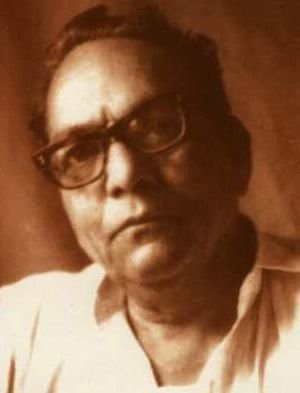 Srirangam Srinivasarao or Sri Sri (1910-1983) was a popular Modern Telugu Poet and Lyricist. Sri Sri was the first true modern Telugu poet to write about contemporary issues that affected day-to-day life of a common man in a style and metre which were not used in classical Telugu poetry.

He rocked the Telugu literature world with his Maha Prasthanam (literally - a great journey), an anthology of poems -- one of his major works. He was also a major radical poet.Sri Sri had written songs to about 42 Telugu films between 1952 - 1982.
Posted by Anupama at 10:30 AM