This evening we gathered in this beautiful facility, Devonshire, to celebrate the 75th birthday of a man, who in his own way, has made an impact on other people and this world. We also honor his faithful and loving wife, Vijaya, who has constantly stood beside him with support and love for so many years.

Besides this, we are celebrating their citizenship in Canada, and to honor their wonderful family who are visiting this week from the United States.

On June 19, 1940, Somayya Kasani was born into a family of agriculturists in southern India. It was a world of turmoil recently torn open by world war. India was still in British control while Gandhi was a towering force for tolerance and change. Somayya grew up and became the first in his family to receive a higher education, which allowed him to become a successful teacher, passing on his skill and knowledge for 33 years until his retirement in the 1990’s.
First visiting Canada in 2000, he and his wife, Vijaya, moved to Canada in 2006, becoming Canadian citizens several years later.

I first met Somayya in 2008 when he was completing an Administrative Professional Program at Campbell College. At the college, Somayya demonstrated his interest in innovation and his commitment to new technological tasks such as working with computers.
Also, in 2008 he joined the Alberta New Democratic Party and has served as a board member of Whitemud Provincial Constituency and Edmonton-Leduc Federal Riding. Since then he as has attended several provincial conventions in Edmonton, Calgary, and Red Deer. In addition he worked on elections campaigns in 2008, 2011, 2012, and 2015. He served as vice-chairperson of the NDP Multicultural Standing Committee in 2010.

Somayya also attended several political, social, science and art conferences in Alberta, Seattle, San Jose and India, and is a member of the Ankur Cultural Society, serving as vice-president from 2010-2011.

Somayya has dedicated his life to learning more about people and improving the world. He enjoys reading and reciting the great minds of both Western and Eastern philosophies. In 2011 he joined Life Long Learners Association, taking courses at the U of A.
But his first priority is obviously his lovely family: his wife, son, two daughters, their spouses, and especially his beloved four grandchildren.
Somayya has many interesting hobbies. One is taking pictures at meetings, parties, and social gatherings. If you see someone taking photographs in a group or asking you to take a picture that he can flash over Facebook, chances are you have run into Somayya. Don’t refuse. Just do as you are told. He will show you the marvelous results later.

Somayya loves to attend meetings so he can socialize and hear about new ideas involving politics, literature and philosophy. So he loves attending any gatherings whether it is a party, meeting, or special event. For example, he has had a commitment to Daughters’ Day celebration and even helped once with the Cari-West parade in early August.

Another activity that Somayya enjoys is meeting for coffee with our esteemed coffee group comrades or with me or other friends. Once at McDonald’s, Second Cup, Tim Hortons or Starbucks, Somayya will listen intensely to the discussion going around the table, contribute a few pertinent points, ask for some advice on some project, and use his I-pad to show others his numerous pictures of his family, friends and acquaintances whom he has encountered.

I’m afraid, however, Somayya does not seem to enjoy our cold, snowy northern climate, for he is a snowbird who flees south at the first sign of winter and stays a good portion of the time until the birds return. He does have another reason and that is to visit his precious children, his beloved grandchildren and their families who live in the United States. Once in Seattle or Atlanta he continues to do what he does best here: visit people and sites, attend meetings and parties and take pictures that he forwards to us who are freezing back in Canada.

As stated before, Somayya is the first person in his family to pursue a higher education, having worked as a successful teacher in India until retirement. His great contribution is serving as a mentor and role model for his children who have obtain higher education and excellent jobs in India and now the United States. Now they will pass on this wonderful gift to their own children. What a legacy for the future! Thanks to Somayya and his dedicated wife, Vijaya!


Robert was born in Bassano, Alberta, in 1940. Later his family moved to the coal-mining town of Nordegg and lived there until 1949 when the family moved to Redwater, an oil town about 70 kilometres north of Edmonton. Robert graduated from Redwater High School in 1958, moving on the University of Alberta Faculty of Education. He graduated with a B.Ed. in 1963 with a major in social studies and a minor in English. He completed his B.A. degree in 1967 after several summer sessions and one year at the University of Alberta.


Robert first teaching assignment was at Newbrook, a tiny community north of Edmonton. Later, during the 1960’s and 1970’s he taught at Evansburg, Niton, and Hinton for Yellowhead School Division. During this time he participated in several activities involving the Alberta Teachers’ Association, several community organizations, coached in school sports, and was a founding member of the Yellowhead Athletic Association. Robert also served as vice-principal at Niton Central School from 1970-74.

Robert first joined the New Democratic Party in 1968, campaigning for Grant Notley when he ran in Whitecourt-Edson Constituency. In 1971, Robert ran as NDP campaign in the same riding. Since then, he canvassed in a number of political campaigns for the party including those of Noel Lapierre in West Yellowhead. Robert was an organizer and speechwriter, as well as member of the executive, serving as president and treasurer at various time.

In 2003, Robert moved to Edmonton, did some tutoring and became involved in the Edmonton-Rutherford Provincial Constituency where he served as treasurer as well a becoming the official agent for candidates in 2008 and 2012. Also, he campaigned in several Federal campaigns, serving as president of Edmonton-Leduc from 2007-2011.

Robert also attended the Provincial Council during his years a s a party member and as well as a number of Provincial Conventions.

EDUCATION:
Robert graduated from high school in Redwater, a small oil town about 70 kilos north of Edmonton and attended the University of Alberta.
1963- Graduated from U of A with B.Ed degree with a major in social studies and a minor in English.
1967- Graduated from U of A with a B.A. degree with a major history.
1979-80- Took courses in journalism at SAIT in Calgary.
1987-90- Took courses towards a diploma in adult education and teaching English as a Second language

VOLUNTARY:
1. Served as coach and co-ordinator for a variety of high school sports including volleyball and basketball while teaching at several schools. Won several championships in both these sports.
2. Member of the Yellowhead Athletic Committee for ten years and wrote the original constitution for that organization.
3. Served as a member of the Alberta Social Studies Council and treasurer for the local organization for two years.
4. Served as sub-local president and secretary for a number of years from 1963-74.
5. Also served several years as ARA representative for Alberta teachers.
6. Member of the board of a native outreach organization while in Grande Cache. From 1997-2002.
7. Member and treasurer of the community organization in Niton Junction.
8. Has done much writing including several novels, short stories, and over 200 essays.

NDP INVOLVEMENT:
1. Became a party member in 1968.
2. Campaigned for Grant Notley in 1968 election.
3. Ran as a NDP candidate for Whitecourt-Edson (old name) in 1971.
4. Continued to campaign for a variety of different candidates in West Yellowhead and Innisfail.
5. Was Grande Cache coordinator for Noel Lapierre during the 1990’s during several of his campaigns and did a lot of organizing and door knocking.
6. Served as Noel’s speechwriter during a couple of campaigns.
7. Since moving to Edmonton, Robert has campaigned in a number of elections including the Provincial ones in 2004, 2008 and 2012 and the Federal ones in 2006, 2008, and 2012.
9. President of Edmonton-Leduc Federal Riding from 2007-2011.
10. 9. Treasurer of Edmonton-Rutherford Provincial Riding from 2007-to present.
10.Official Agent for Provincial Candidates in Edmonton-Rutherford in 2008 and 2012.
11.Wrote political articles and letters to Journal and also wrote articles on leadership candidates for Edmonton-Leduc newsletter.

Of all exercises walking is the best...

“If you seek creative ideas go walking.
Angels whisper to a man when he goes for
a walk.”
All truly great thoughts are
conceived while walking. 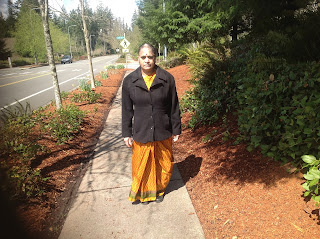 Walking gets the feet moving,
the blood moving,
the mind moving.
And movement is life.
Posted by Anupama at 9:00 AM 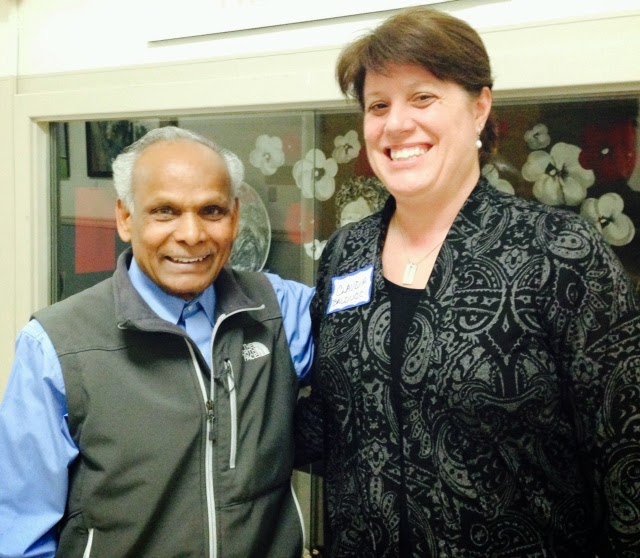 Nana went to Washington State Legislature on Monday, Jan. 26, 2015 as part of IAWW delegation on the invitation of Senator Pramila Jayapal (D). Pramila Jayapal introduced a resolution onto the floor celebrating for the first time India's Republic day, honoring 60, 000 Indo-American residents here in the state who contribute every day to make our state great. 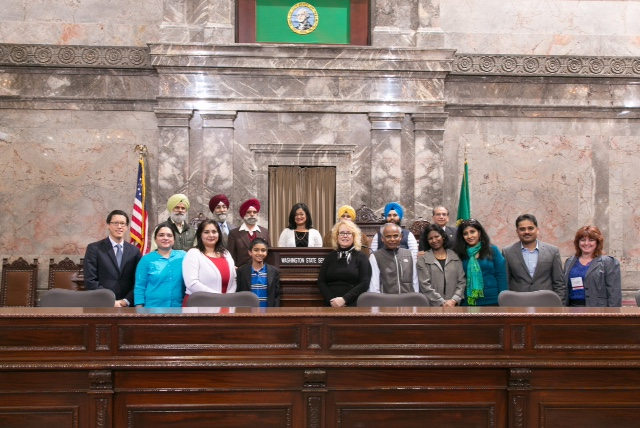 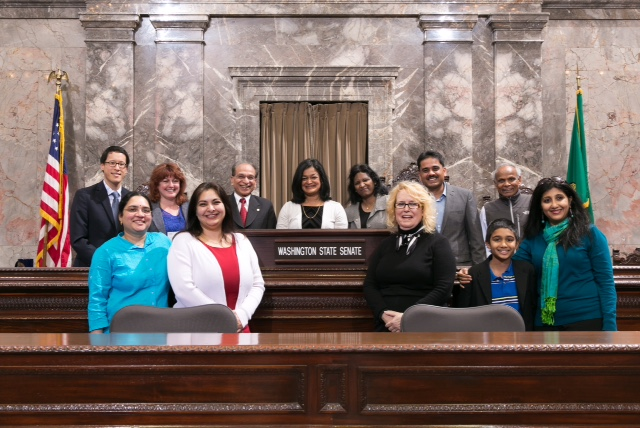 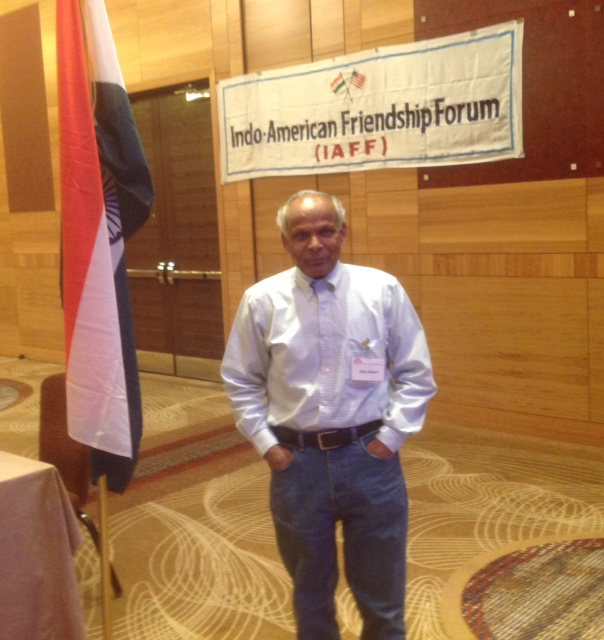 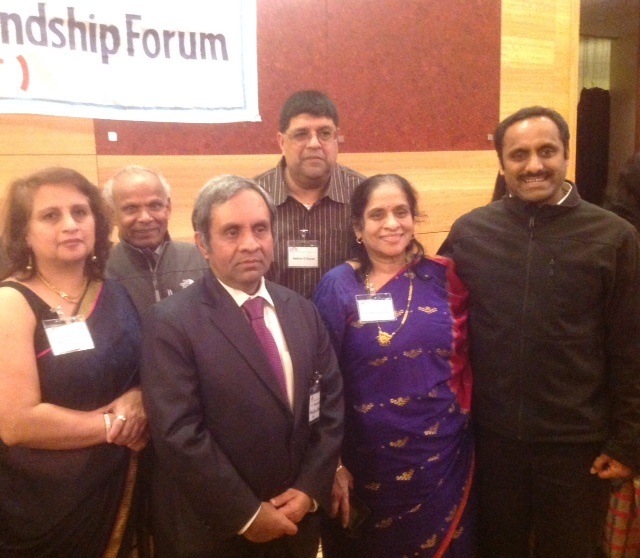 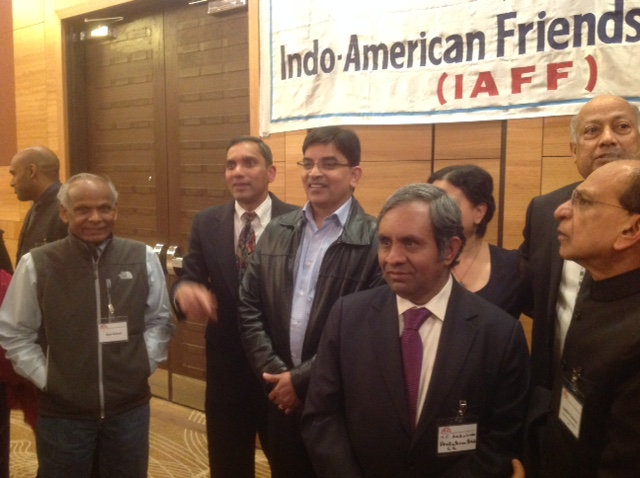 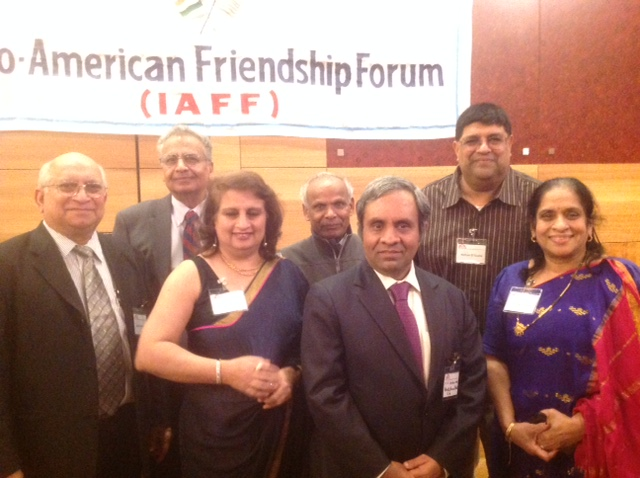 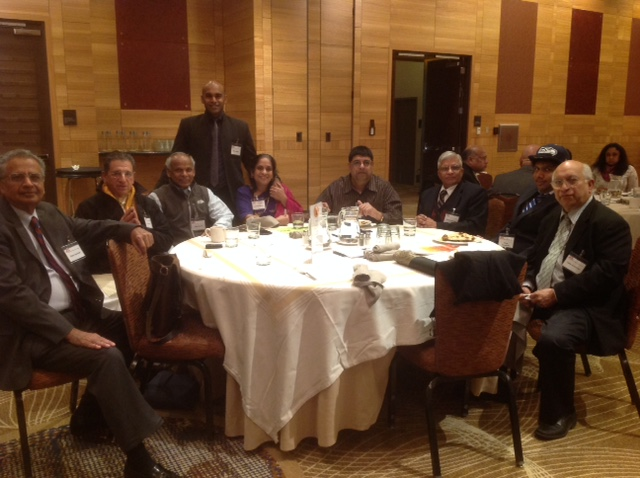 My Cruise Trip to the Western Caribbean 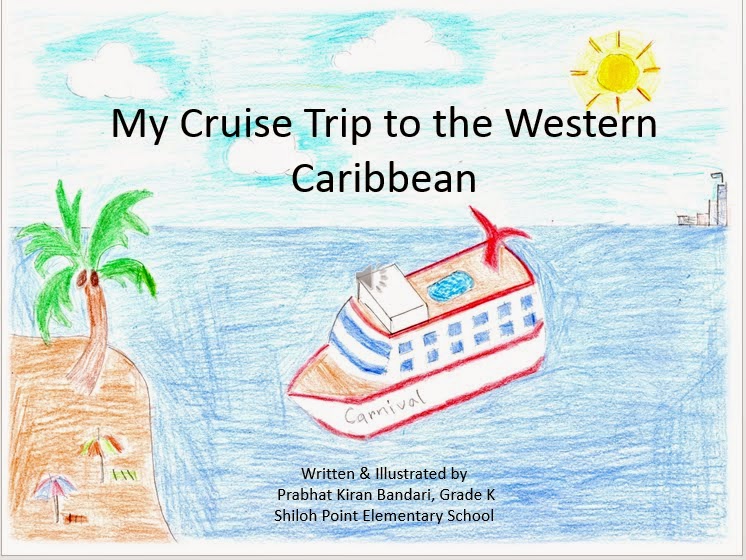 It was my winter school break and I was super excited to go on the cruise trip to the Western Caribbean with my family and friends.

First,  at home I couldn’t wait for it to be morning, and I even woke up my parents !!!! Then we got ready and hopped in to the car. We set our GPS to point to Holiday Inn Express, near Miami, Florida.
After driving for a few hours, we stopped at the State of Florida Welcome Center and I met my cousins and friends over there. The best part at the Welcome Center was FRESH ORANGE JUICE  served by the friendly Welcome Center staff!!!!
From there we continued our journey to Miami and reached there by night.
In the morning, we got ready and arrived at Port Miami. We boarded the fun ship called “The Carnival Ecstasy”.   After the safety drill, our ship sailed towards “Key West, Florida”.
This ship was very huge. It carried many passengers. This ship was painted with bright colors and had lots of shiny surfaces. It had a pool,  a hot tub, a mini-golf course and many dinning areas. There was lots of food to choose from. I loved  the ICE CREAM available ALL THE TIME!!!!.
Our room was in Deck 5. It was a small neat room. There was a television too. The most EXCITING PART for me was the TOWEL ANIMALS placed every evening in our room.

The next day our ship reached Key West, Florida. We got out of the ship and took a trolley to visit the town.
The best part at Key West was that my parents bought me a nice TOY SHIP!!!!.
On the next day the ship reached Cozumel, Mexico. We visited a place called “Mayan Ruins”. But I LOVED playing in the beach that was right next to it. The water in the ocean was pretty and warm and I just never felt like leaving the beach!!!!
Our ship sailed back to Miami the following day.  And again there was a long drive back home. I was so tired, but I was VERY happy to see my Christmas present under the tree from SANTA!!!!…
I really enjoyed my Christmas break. It was fun to visit new places with my family and friends and go on a cruise trip. And I am looking forward to my next cruise trip!!!!.. 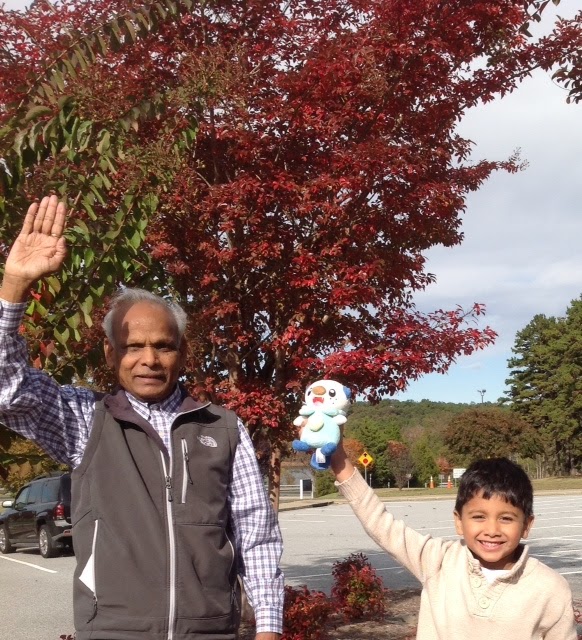 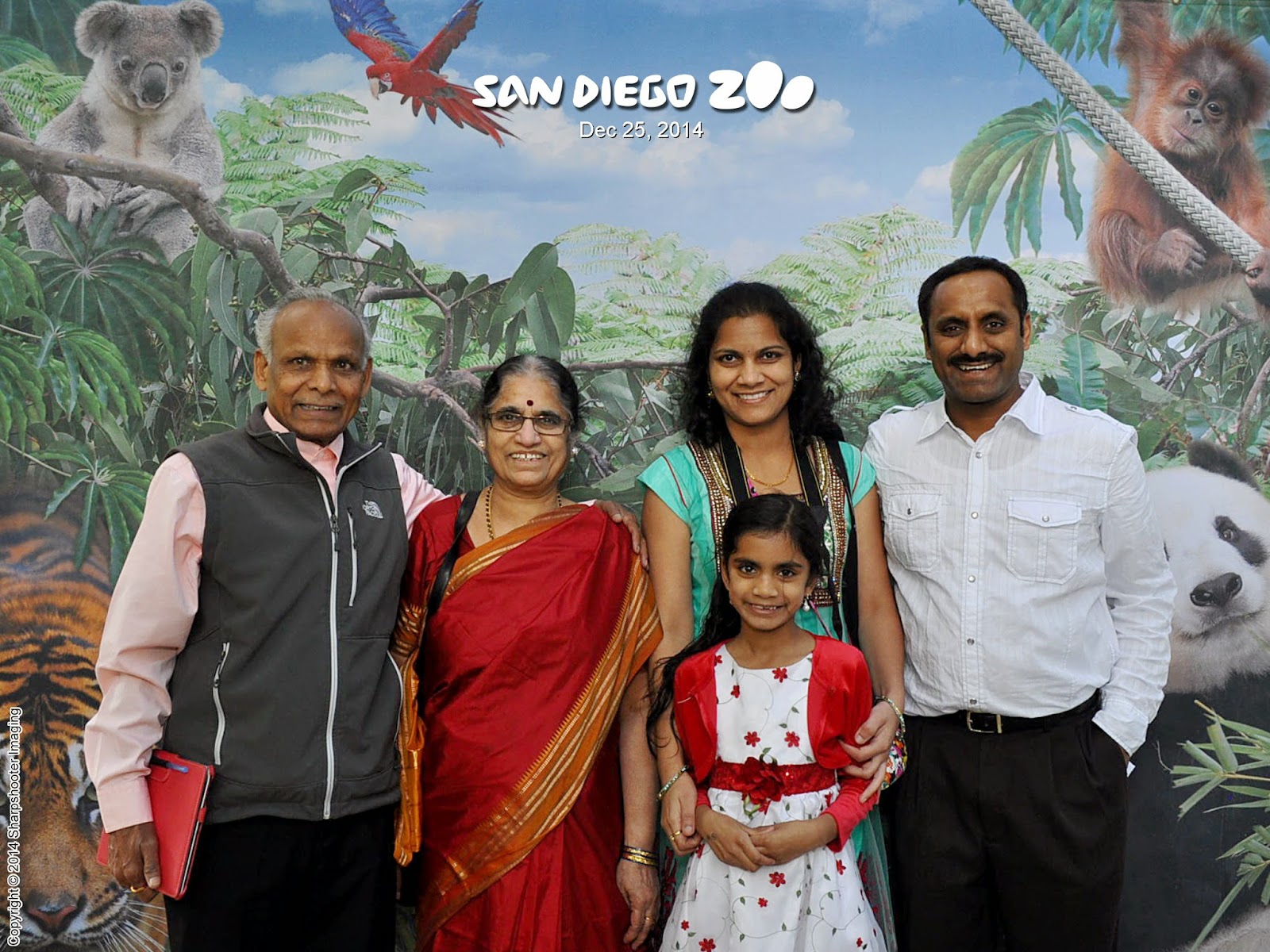 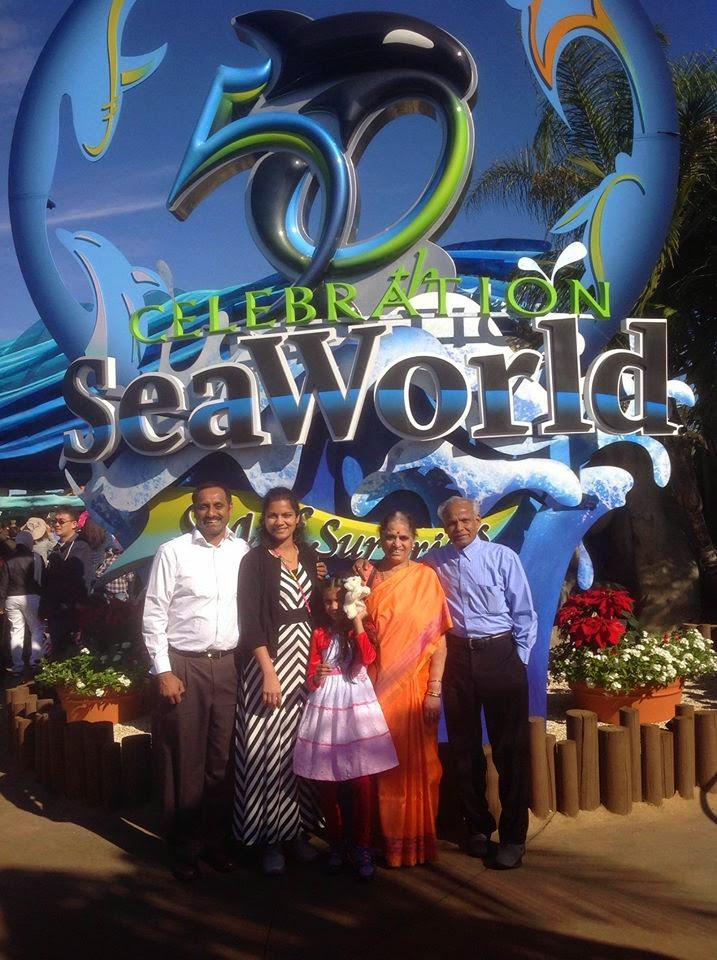 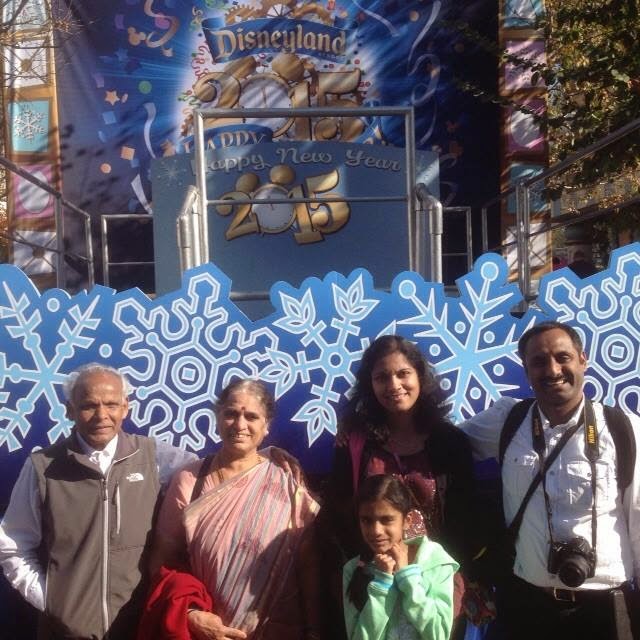 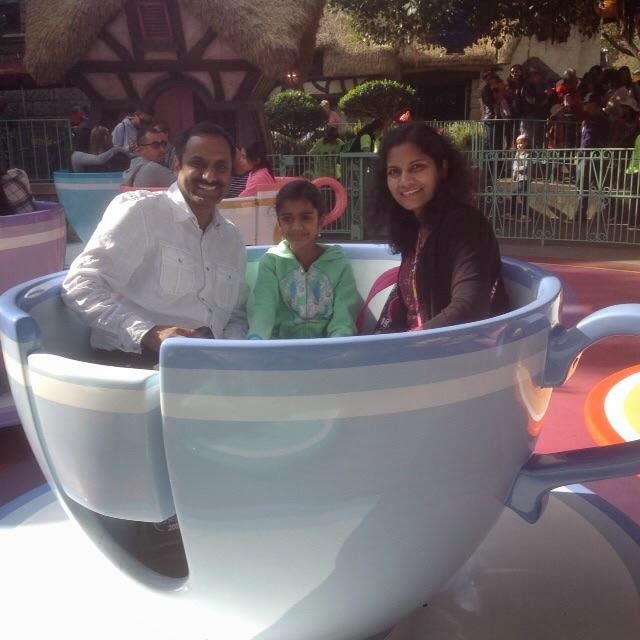 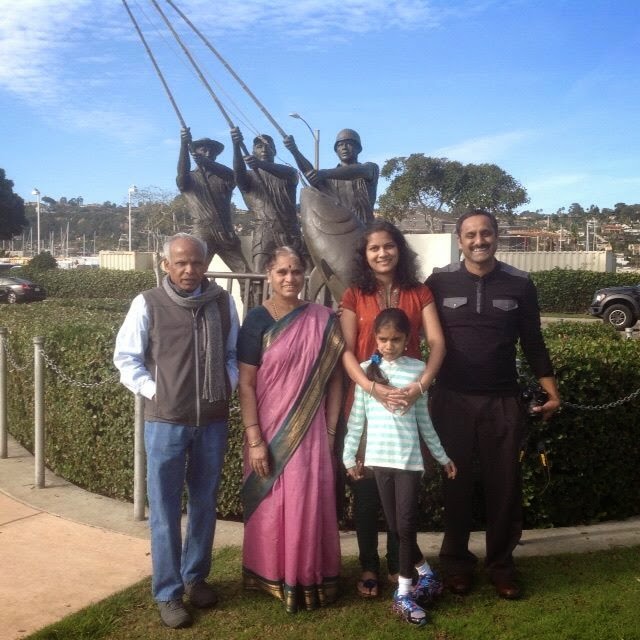 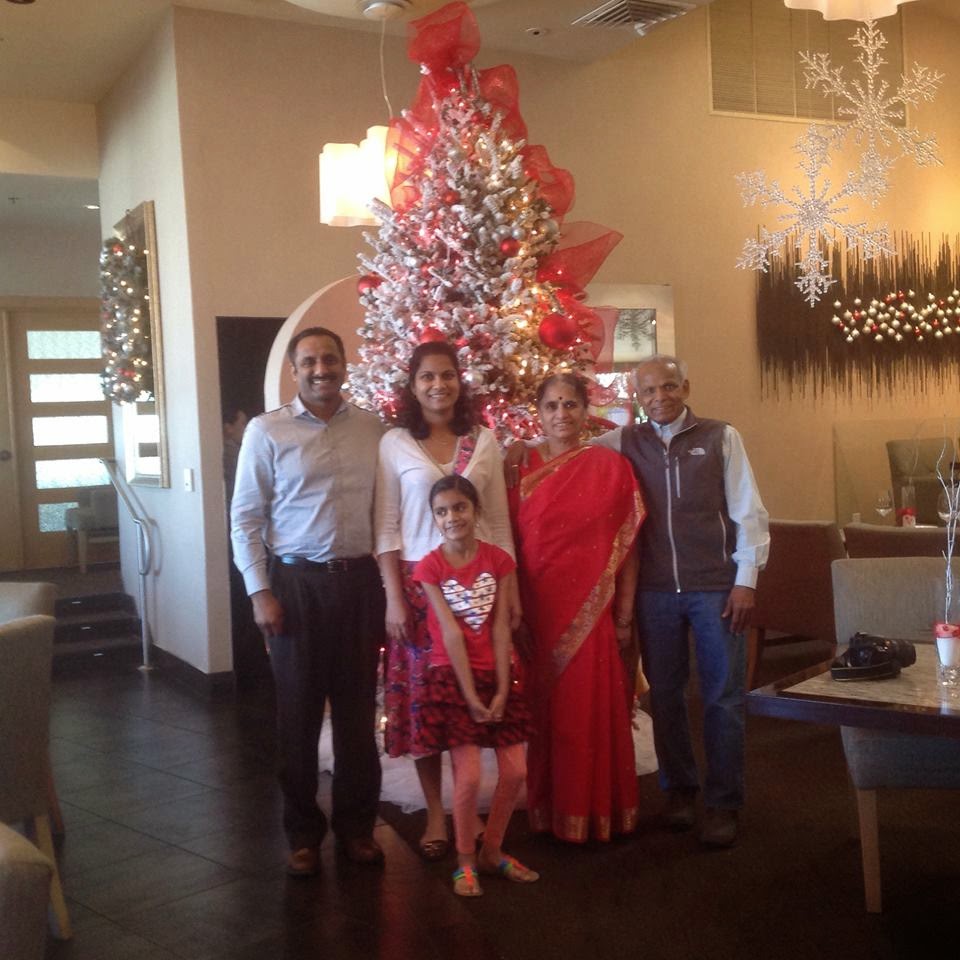