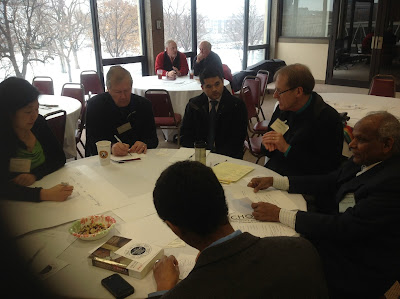 I am so delighted to report you that the Nobel Peace Prize Forum event went very well. They had invited very good speakers from different areas of society and economy. Although I don't agree on everything they
talked about, it was so happy to see many students from various colleges from this part of the country.


I really enjoyed speeches by two Nobel laureates, Prof. Yunus and Tawakkol Karman. Yunus talked about social economies beyond the state and the market. But, unfortunately, his organization, grameenabank in Bangladesh, is now collaborating with big corporations. I see this as co-optation of peoples' alternative initiatives by the capitalist system. Tawakkol's speech boosted our energies and revived hope in social movements. She spoke as an activist and sang many songs from their movement. She finally said: "so
far, we have managed to change the regime, but our goal is to transform the system and create a just society. Our revolution continues."

Ashok's talk was a big success. 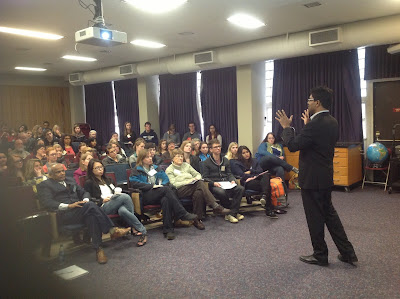 He talked about the political-economy of hunger across the globe. He spoke in two sessions. There were about 150 attendees in each session. Ashok's talk mainly focused on how neoliberalism has been perpetuating poverty and hunger by dispossessing people all over the world. He explained how ruling classes and corporations talk about food security and poverty. He deconstructed the arguments of ruling class and corporations that hunger can be solved just by promoting innovations and trade across the globe. This is what Ashok termed as neoliberal technocracyreducing politico-economic and social problems to technological issues. 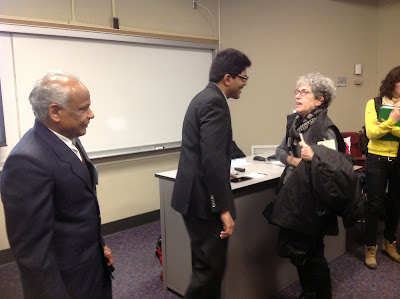 Students, faculty members and general public were engaged in discussions, and asked some tough questions. Overall, the event went very well. Some faculty members from the university of Minnesota asked Ashok Kumbamu whether he can give a talk on similar aspects in their departments. 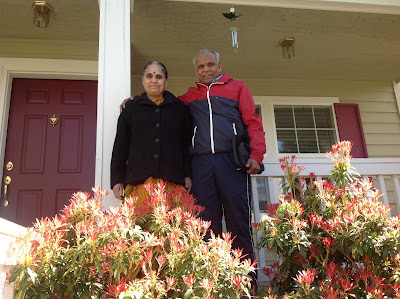 Either you run the day or the day runs you;

Thoughts I would like to share with you Time Management as written by Jim Rohn
one of America’s finest teacher on personal Development
++++++++++++++++++++++++++++++++++++++++
Either you run the day or the day runs you;
either you run the business or the business runs you.
Learn how to separate the majors and the minors.
A lot of people don’t do well simply because they major in minor things.
Don’t mistake movement for achievement.
It’s easy to get faked out by being busy.
The question is: Busy doing what?
Days are expensive.
When you spend a day you have one less day to spend.
So make sure you spend each one wisely.
Sometimes you need to stay in touch but be out of reach.
Time is our most valuable asset,
yet we tend to waste it, kill it,
and spend it rather than invest it.
Time is more valuable than money.
You can get more money,
but you cannot get more time.
Never begin the day until it is finished on paper.
Learn how to say no.
Don’t let your mouth overload your back.
Time is the best-kept secret of the rich.
Posted by Anupama at 4:12 AM

Anything is one of a million paths...'Does this path have a heart?'

"Anything is one of a million paths.
Therefore,
a warrior must always keep in mind that a path is only a path;
if he feels that he should not follow it,
he must not stay with it under any conditions.
His decision to keep on that path or
to leave it must be free of fear or ambition.
He must look at every path closely and deliberately.
There is a question that a warrior has to ask,
mandatorily:
'Does this path have a heart?'"
__________________________
—Carlos Castaneda 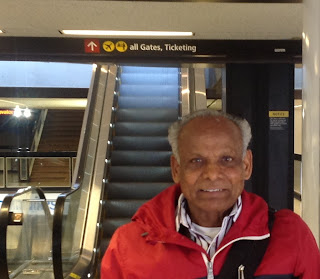 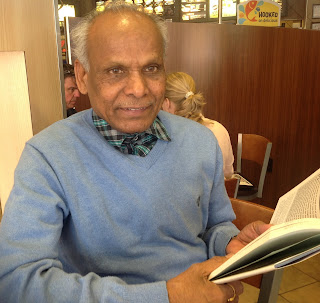 “Be who you are and say what you feel,because those who mind don’t matter and those who matter don’t mind.”

“Happiness is not something ready-made.It comes from your own actions.”

"Friendship improves happiness and abates miseryby doubling our joy and dividing our grief.”

“A healthy body is a guest-chamber for the soul;a sick body is a prison.”

“If you’re not failing every now and again,it’s a sign you’re not doing anything very innovative.”

“Man cannot discover new oceansunless he has the courage to lose sight of the shore.”

“Mix a little foolishness with your serious plans.It is lovely to be silly at the right moment.”

“I saw the angel in the marble and carved until I set him free.”

“There is no passion to be found playing small —in settling for a life that is less than the one you are capable of living.”

“Sometimes the most important thing in a whole day isthe rest we take between two deep breaths.”"What seems to us as bitter trials are often blessings in disguise”

Have a Nice Day


Valentine Day -
is the day to celebrate
the lives of all those lovely people
who continue to touch our hearts
and enhance our humanity.
So celebrate! 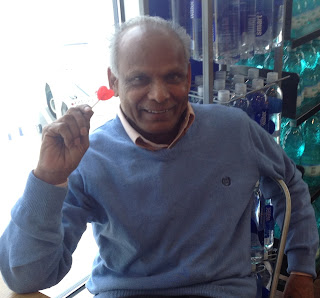 Asian Indians in the United States have brought unique traits to this country. Education, family values and work ethic are perhaps the three defining ones.

The critical importance of education is drilled into us from early childhood. It is, therefore, no surprise that more than 64 percent of Indian Americans hold a bachelor’s degree or higher (as compared with the national average of 28 percent. More than 40 percent hold a master’s degree or doctorate. That’s more than five times the national average.

A high value is placed on the institution of marriage and the critical importance of having two parents raise children. Divorce rates, therefore, remain low.

An ethic of hard work is a trait shared with many other immigrant communities that have a deep desire to succeed in their adopted land. The magical combination of the above traits caused Indian Americans to rise rapidly in a country that deeply values all three.

They found themselves gaining prominence in jobs that required high educational skills such as health care (physicians), engineering, business management and highly skilled workers in state and federal government.

As they dug their heels in these professions, they were quickly rewarded with success, leading to more people doing the same.

Today, it is estimated that there are more than 35,000 physicians of Indian origin, 35 percent of all hotels are owned by people of Indian origin and, as of 2002, there were more than 223,000 Asian Indian-owned firms in the United States, employing more than 610,000 workers and generating more than $88 billion in revenue.
Posted by Anupama at 11:35 AM