16th Annual Conference of the Telugu Association of North America (TANA) in Washington. 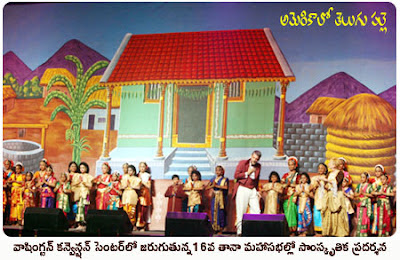 Former president Bill Clinton took credit for ending the ‘Cold War rift’ between the United States and India, saying that establishing a ‘genuine friendship and partnership’ between the two countries was one of the achievements of his foreign policy.

In his keynote address to the 16th Annual Conference of the Telugu Association of North America (TANA) in Washington on Thursday, Clinton defended the controversial concept of ‘outsourcing’ which has created new job opportunities in India.

The TANA gave a check of $ 1 million to Clinton for his foundation engaged in fighting the curse of HIV/AIDS in India and elsewhere in the world.

Clinton thanked the Telugu community for their gesture and said perhaps the most important thing for him personally was the work that he had been able to do in India in the field of HIV and AIDS.

Earlier, the former president recalled the 1994 visit of the then prime minister, P V Narasimha Rao, to his White House. He said he saw in that the opportunity to restore the relations between New Delhi and Washington, putting behind the divisive Cold War era.

He also talked about his role in ending the 1999 Kargil war when he summoned the then Pakistani prime minister, Nawaz Sharif, to Washington DC and made him agree to a ceasefire.

Clinton spoke about his ‘great trip’ to Hyderabad during his visit to India in 2000. He was the first US president to visit India in more than two decades. The last such visit took place in 1978 when president Jimmy Carter visited New Delhi.

Former Andhra Pradesh chief minister Chandrababu Naidu welcomed the US leader. He was at the helm of affairs when Clinton visited Hyderabad. 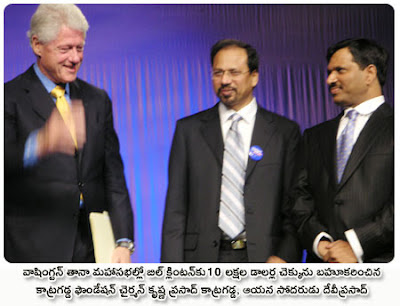