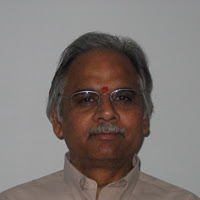 Between 1969 and 1989, he worked as a Professor of Electrical Engineering at various universities in the USA and Canada. His last overseas job was with the University of Waterloo, Canada between 1980-89.

In 1989 he returned to India as the Director of the newly-created Centre for Artificial Intelligence and Robotics, under the auspices of the Defence Research and Development Organisation, Ministry of Defence, Government of India. In that capacity he built up CAIR into a leading research laboratory consisting of about 40 scientists working on various cutting-edge areas such as aircraft control, robotics, neural networks, and image processing.

In 2000 he joined Tata Consultancy Services, India's largest IT firm, as an Executive Vice President in charge of Advanced Technology. In this capacity he created the Advanced Technology Centre, which currently consists of about 60 engineers and scientists working on e-security, advanced encryption methods, and bioinformatics.

In addition to his academic positions, he has held visiting positions at several universities including MIT, California , Califomia , CNRS Toulouse, France; Indian Institute of Science; University of Minnesota and Tokyo Institute of Technology.

He is the author or coauthor of nine books and more than one hundred and thirty papers in archival journals. He has received several honours in recognition of his research activities including the Distinguished Service Citation from his alma mater, the University of Wisconsin at Madison.